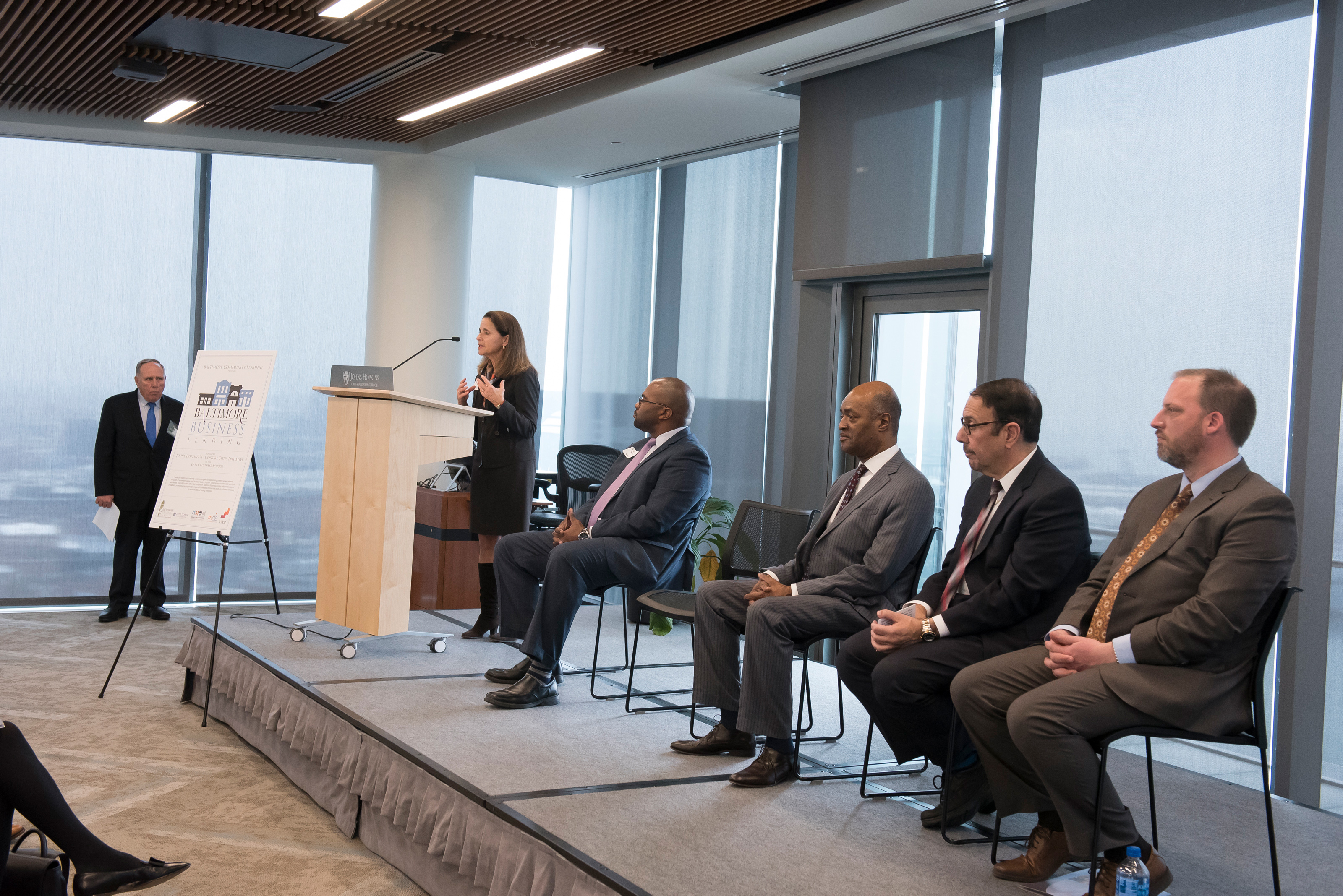 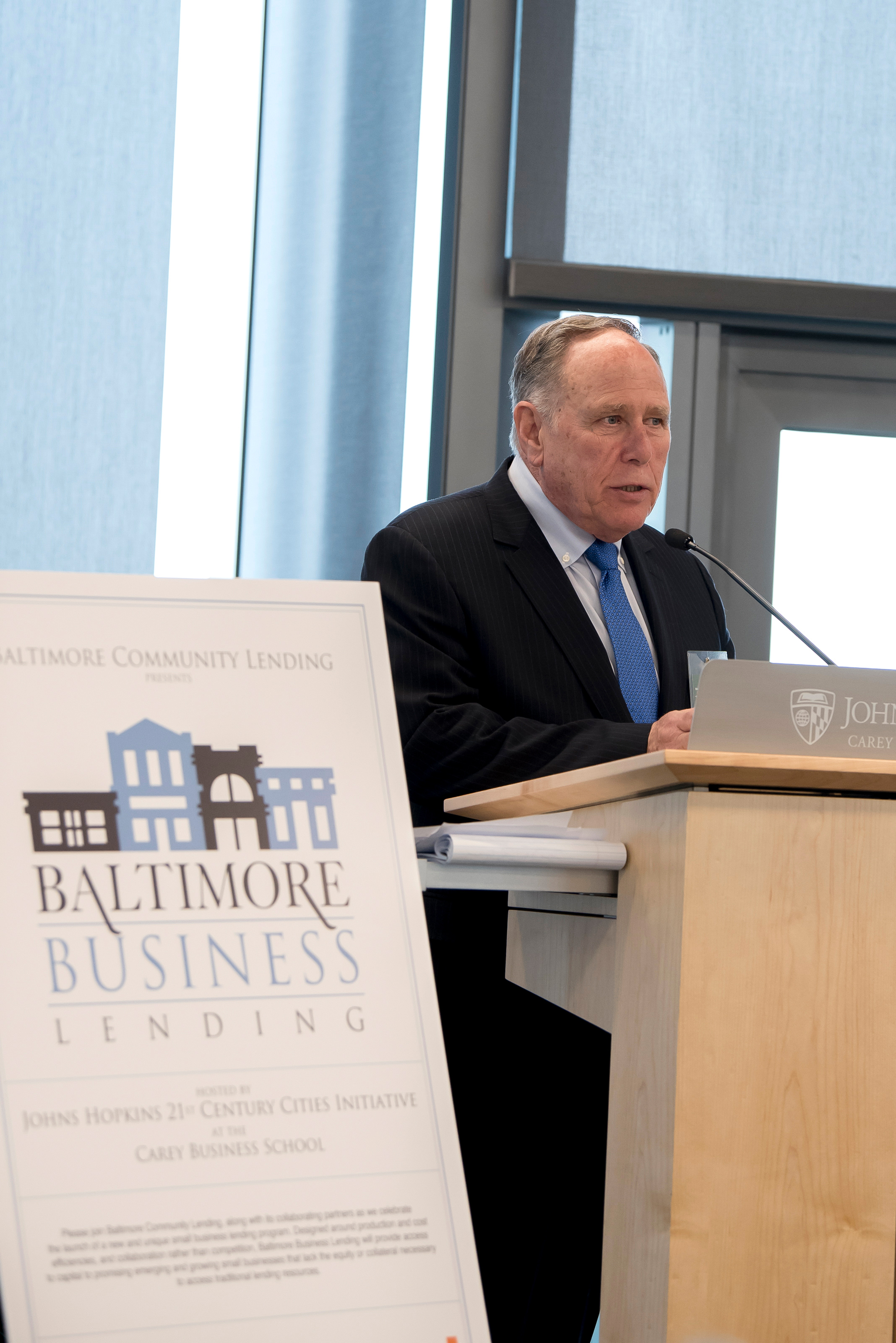 The 21st Century Cities Initiative was honored last week to partner with Baltimore Community Lending (BCL) in hosting the launch of an exciting new loan program for small businesses and startups based in Baltimore City. The program, Baltimore Business Lending (BBL), will expand access to capital for minority-owned and other small businesses that have little to no equity or collateral by offering loans in the range of $5,000 to $50,000.

The BBL program is a promising follow-up to last September’s 21CC report, Financing Baltimore’s Growth: Measuring Small Companies’ Access to Capital, which measured the capacity of Baltimore’s local financing system to sustain and grow the wide variety of small businesses in Baltimore. One of the findings of our report was that unlike other medium to large sized cities in the US, Baltimore lacks a Community Development Financial Institution (CDFI) focused on small business lending. The majority of CDFI activity in Baltimore has historically focused on residential real estate and nonprofit facilities, leaving the city’s underserved small businesses struggling to find a reliable source of capital to maintain or grow their business.

Now, just six months after we issued our report, the capacity of Baltimore’s small business financing system has already improved. Mayor Catherine Pugh, a small business owner and former banker herself, lauded the collective efforts that fostered BBL and spoke at the launch of the importance of looking inward to uplift and expand small businesses in Baltimore’s many neighborhoods.

Lindsay Thompson, Associate Professor at the Johns Hopkins Carey Business School and 21CC Steering Committee member, pointed out the 150 small businesses located in the Old Town and Jonestown neighborhoods are practically invisible, but all need small working capital loans to stay alive. Instead of relying on credit card or fintech loans, both of which have high interest rates, the BBL program is a safer alternative for startups and small businesses.

At one point in time, T. Rowe Price was one of Baltimore’s many small businesses looking to grow when Mary Miller, 21CC Senior Fellow and co-author of Financing Baltimore’s Growth, joined the team. Now the Baltimore based company employs over 6,000 people with offices around the world, but that growth would not have been possible without obtaining the right amount of capital at the right time. Miller also pointed out findings from our report that credit cards and commercial real estate comprise the majority of small business lending activity in Baltimore. She expressed optimism that the BBL program signals a new wave of focus on small business lending in Baltimore.

Banks are often a reflection of the communities they are located in and serve, something David Garbarino, Baltimore Market President of BB&T who provided an operating grant for BBL, highlighted at the launch event. The creation of Baltimore Business Lending is an example of a grassroots effort by financial institutions to demonstrate their commitment to the success of Baltimore and its vibrant small business sector. 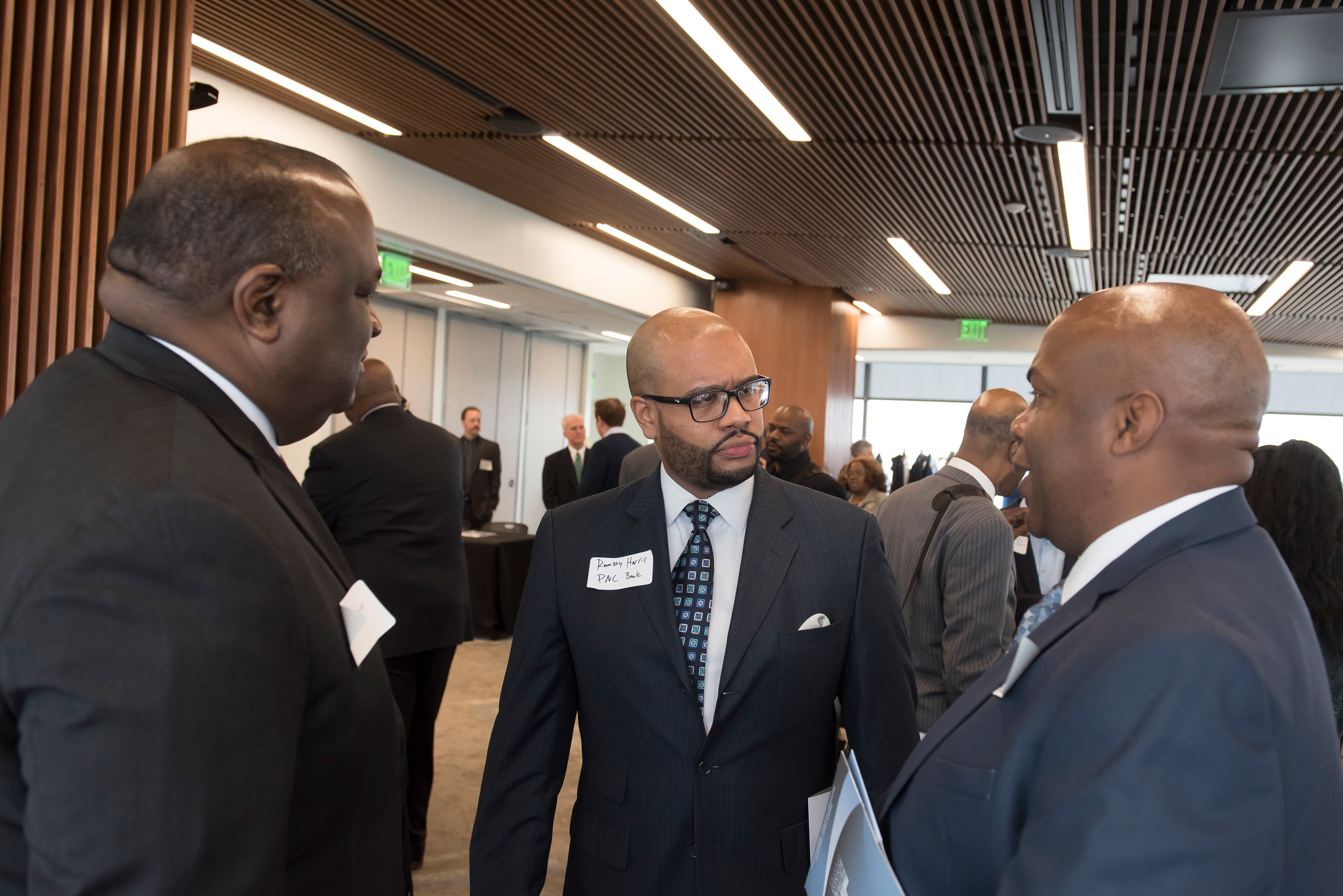 The new BBL program is not the only sign of a strengthening small business support system in the city, according to Paul Taylor, Director of the Mayor’s Office of Minority and Women Owned Businesses. Taylor highlighted the BLocal initiative, the Johns Hopkins led partnership of Baltimore-area businesses working together to spend more on design and construction contracts with local and minority-owned businesses, and UP/Start MICA, an entrepreneurship program launched at the Maryland Institute College of Art in 2016. Last year, Howard Bank announced that it would move its headquarters to Baltimore City after completing the acquisition of First Mariner Bank, resulting in the first FDIC-insured Baltimore City-based bank with over $1 billion in assets since 2015.

As we continue to support the growth and maintenance of small businesses and startups in the city with the creation of programs like BBL, it is crucial that we monitor how capital is flowing to firms to identify what is working well and where gaps remain. It is also critical that we regularly convene city leaders from the public and private sectors, through events like the BBL launch, to continuously facilitate collaboration and strengthen the small business support and financing system.